Mammoth Jackstock is the world’s largest breed of ass. They are tall and sturdy, with substantially thick legs and large, well-made massive heads. Their ears are one of their outstanding trademarks often measuring 33 inches from tip to tip. The primary function of American Mammoth Jackstock has always been to produce draft mules.  Today, the Mammoth Jackstock have become a rare breed.

The Mammoth Jackstock can link their origin to President George Washington. George Washington understood that the growth of the new country would be dependent on using superior draft animals such as the fine working mules of Europe. But at that time America did not possess large donkeys needed to create such desirable animals.

In 1785, King Charles of Spain sent two jacks to George Washington by ship. Only one survived the journey, and the jack became known as Royal Gift. Royal Gift was a mammoth jack, standing at approximately 15 HH.

When a mammoth jack is bred to a horse, the outcome is an exceptional animal called a mule. A mule is superior in their working abilities and endurance, compared to oxen or horses.

Donkeys and mules are often said to be stubborn, however, this is not true.  Donkeys and mules are very smart and cautious and like to be safe. They will often freeze and refuse to move when they sense danger. This is in contrast to the horse, whose first reflex is to flee from danger. Instead of bolting or running away, a donkey or mule will often stop and think about what is scaring them, then try to figure out the safest way to handle the situation. 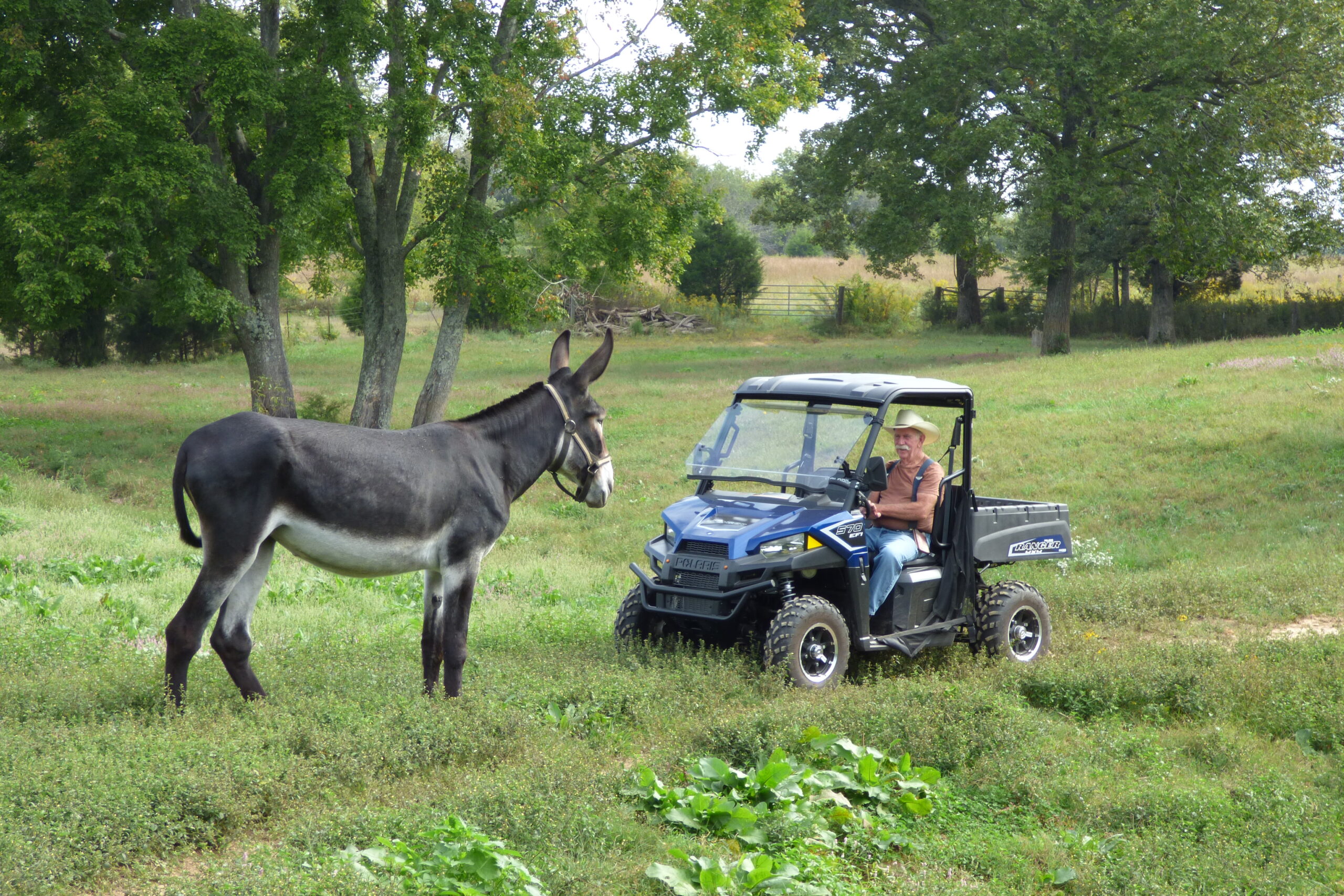